Utrecht is truly at the heart of the Netherlands – not only geographically, but in terms of cultural life, restaurants, shopping and nature too. In September 2013, CNN Travel declared

“Utrecht is the new Amsterdam” 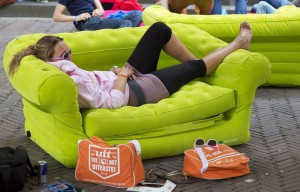 And perhaps it is in terms of trendiness factor, but the student city of Utrecht also oozes cosy charm, is friendly, clean and more compact than the Dutch capital, Amsterdam.

Utrecht has 322.000 residents from over 163 nationalities, lending the fourth largest city of the Netherlands a very international flavour indeed. Come discover Utrecht !

There is literally so much to do, see, taste and shop in Utrecht but here we’ve rounded up our Top 5 not-to-be-missed Utrecht tourist highlights.

So, what are you waiting for? Come and discover Utrecht asap!

This website uses cookies to improve your experience while you navigate through the website. Out of these, the cookies that are categorized as necessary are stored on your browser as they are essential for the working of basic functionalities of the website. We also use third-party cookies that help us analyze and understand how you use this website. These cookies will be stored in your browser only with your consent. You also have the option to opt-out of these cookies. But opting out of some of these cookies may affect your browsing experience.
Necessary Always Enabled

Any cookies that may not be particularly necessary for the website to function and is used specifically to collect user personal data via analytics, ads, other embedded contents are termed as non-necessary cookies. It is mandatory to procure user consent prior to running these cookies on your website.